“High Pasture” is an allegory based on Psalm 23. The reader is able to identify with a lamb named “Precious” as he journeys with the shepherd, discovering much about life, himself, and the true heart of his beloved shepherd. 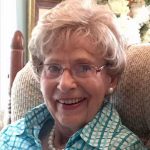 “Rejoicing the Heart” is a collection of inspired drawings and additional commentary that will hopefully enrich your time of study in the Psalms.

The idea was that the coloring book was to be used as a devotional time with the children.  As the story was told or read from “High Pasture”, they could color and remember what was taught to them. P.S. It’s also fun for the adults to color too! 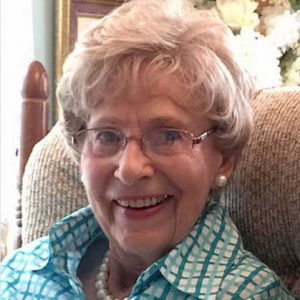 Esther was born and raised in Chicago, Illinois. As a teenager, she began searching for real meaning of life. Even after attending confirmation classes at the Lutheran church, her head knowledge of the Bible had not translated to her heart. Esther explained her feelings of hopelessness to her best friend, Cay, on the way to school one day. Cay responded, “Esther, you seem to know so much about God, but do you really know him personally?”

This started Esther’s search for truth and her beautiful discovery of a love relationship with Jesus.

While Esther was studying to be a nurse, she met Ian Walker, who had just arrived from South Africa to begin studying in the US for ministry. They married in 1952 and became not only partners in marriage, but partners in ministry. Together, they served in many churches over the years, with Esther heavily involved in bible study, teaching, and mentoring, along with raising four children.

In 2003, Esther wrote her first book which was an allegory based on Psalm 23, called “High Pasture.” The reader is able to identify with a lamb named “Precious,” as he journeys with the shepherd and discovers much about life, himself, and the true heart of his beloved shepherd.

One of Esther’s favorite things to do is teaching the Psalm. For over 40 years, she taught a weekly bible study of the Psalms, called, “Selah.” She began using her own drawings to help illustrate her weekly lessons and bring added understanding. Recently, Esther has collected over 40 years worth of drawings and published them into a book called, “Rejoicing the Heart.”

Esther enjoyed traveling, speaking, and supporting Ian in ministry, but in these later years, both have been limited due to health reasons. Together they are faithful supporters of their own son and pastor, at Lake Hills Church in Candler, NC. They have four children, 13 grandchildren and 7 great grandchildren.

Visits from their children and grandchildren always spark opportunities for Esther to teach again. Her children began recording some of these casual conversations and sharing them on social media over the last couple years, reaching more people than Esther thought possible. Esther said in response, “I asked God for an opportunity to teach again…I just didn’t know how he was going to answer. Only God can do this.”